“oh, I’m a vegan” words which seem to strike terror into the heart of many a host…

But it’s easier than you think. Christmas dinner especially, is dirt easy. There are plenty of instant gravies which don’t have milk in them, if you are roasting veg, vegetable oil is just as good as duck fat (and who uses that anyway?)

If you don’t want to make a nut roast, you can buy packet mixes in most supermarkets… And that is your mains sorted.

If you do want to make a really easy nut roast which the meat eaters will want a bit of in their plate too, I will be posting a recipie either tomorrow or Saturday.

And then there is pudding. Again, you can find milk and egg free Christmas puddings and you don’t even have to go to the free from isle. Couple that with alpro custard and… Yum.

If you want vegan friendly mince pies you will have to make them, but just go to the fridge section and you will find jus roll pastry or most supermarket equivalents have no egg or milk… And most mincemeat brands are vegan friendly too: 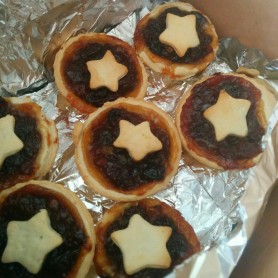 Fancy making something a bit different? I make bakewell tarts with the same pastry, strawberry jam and a normal frangipane recipe where I swapped the butter for vitalite and each egg for a large teaspoon of cornflour mixed in water. (You could use custard powder at a push).

So there you have it. If you do have a vegan coming for Christmas, they will be overjoyed that you have thought of them rather than panicking.

A peaceful cooking Christmas to you all x

If you are looking for a nostalgic present for an adult or a nice gift for a tween, take a look at these lovely Enid Blyton books:

I’m going to use them as prizes in my younger youth group and in church… There is nothing like a free book to bring joy. In the meantime if you want to buy them on Amazon:

Although advent is a season of waiting, it is because we move through time, unlike God, who lives in eternity.

CS Lewis said:
” …at which time touches eternity. Of the present moment, and of it only, humans have an experience analogous to the experience which [God] has of reality as a whole; in it alone freedom and actuality are offered them.”

It is now we are alive and now we can meet with God.
It certainly felt that way on this morning’s dog walk. May you find yourself in the presence of Jesus… in the present. 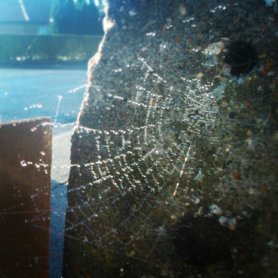 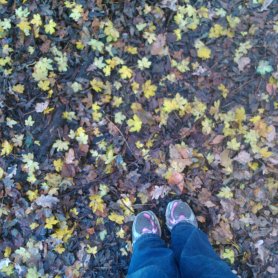 It is the birthday of the Universal Declaration of Human Rights today. Born out of the horror of the second world war, we can say in truth of those who wrote it:

Blessed are the peacemakers, for they will be called children of God. Matthew 5:9

As we spend time in Advent thinking about what it means to wait for God’s kingdom, it is a real encouragement to see how people are bringing it in. It is the now of the “now and not yet”.  Although there are many circumstances where the universal declaration of human rights is still ignored every day, it still stands as a beacon for people longing for God’s Kingdom. It might not be scripture, but it certainly lends itself to  love your neighbour as yourself:

But speaking of scripture, both a reading in my daily prayers, and today’s 365 promise remind me of who it is we put our hope in, and why he is worth trusting:

Psalm 30:5
For his anger lasts only a moment,
but his favour lasts a lifetime;
weeping may stay for the night,
but rejoicing comes in the morning.

Lamentations 3:22-23
Because of the Lord’s great love we are not consumed,
for his compassions never fail.
They are new every morning;
great is your faithfulness.

How faithful Jesus is. And how beautiful his personality. who else would be worth waiting for, working for?

We see his compassion, new each morning, and long for the night to pass, for his Kingdom to come, the place where we wont need a list of rights to bring about justice, because the Prince of Peace will be with us.

The weather has finally cleared a bit here. With the sun coming out, I am reminded that hope can be found in all seasons. All across the internet at the moment you will see quotes by Mandela or about him, and they are full of hope:

It is a good thing, and it is contagious. The pay it forward movement can be seen in all sorts of guises, from SGM Lifewords giving away good quality booklets and the like, or allowing people to pay it forward, to organisations such as Hope Mob, A Platform for Good and We are what we do all encouraging us to reach out, put others first, care for our neighbour whether we know them or not.

Surely all these things are a sign of the Kingdom of God right here and now. No, it hasn’t fully arrived yet, there is plenty of selfishness to choose from, but it is here and it is coming. That’s the importance of Advent, it allows us to wait for the not-yet while celebrating the already-here. Being a follower of Jesus is not all about waiting to die and go to heaven when your “real” life starts. Jesus came to bring in the kingdom right here and now and his life was littered with examples of the restoration that life brings.

This Christmas, how will we be bearers of restoration and light, bringers of hope? You could do worse than buying a toy for this charity that had all its toys stolen. 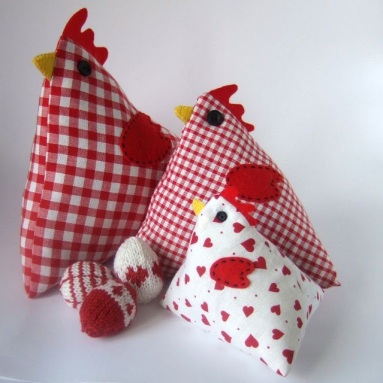 Our home computer opens up to the website http://www.365promises.com/ and today’s promise comes from Psalm 100:

Acknowledge that the Lord is God!
He made us, and we are his.
We are his people, the sheep of his pasture.

It was also the opening words of my morning prayers today. What a comfort these words are. We do not travel alone. We do not need to fear the attack of wolves,  because God has made us, we belong to him. He hasn’t just made us and cast us on some cosmic rubbish tip in favour of the next best thing, (that being what humanity can be so fond of doing) instead he has called us his people. He is our shepherd,  he leads us and protects us.

And this isn’t just for the easy times. As Psalm 23 says:

Even when I walk
through the darkest valley,
I will not be afraid,
for you are close beside me.
Your rod and your staff
protect and comfort me.

The Lord really is our shepherd. It must have been such a difficult journey for Mary and Joseph as they headed to Bethlehem, and then after the birth of Jesus having to flee to Egypt. The Christmas story is full of hardship as well as joy. Which means it perfectly mirrors our lives. As we continue our journey to the coming of Christ, let us remember that he knew and knows what it means to have sorrow, but because he came to us, we can rejoice that we can be his people. His grace is available to us all and as we acknowledge that he is the Lord our God, we find that Jesus is also our shepherd, guiding us through dark places and light as we journey ever closer to him.

Another advent craft for you:

In the sixth month of Elizabeth’s pregnancy, God sent the angel Gabriel to Nazareth, a village in Galilee,  to a virgin named Mary. She was engaged to be married to a man named Joseph, a descendant of King David. 28 Gabriel appeared to her and said, “Greetings, favored woman! The Lord is with you!” Confused and disturbed, Mary tried to think what the angel could mean.  “Don’t be afraid, Mary,” the angel told her, “for you have found favor with God!  You will conceive and give birth to a son, and you will name him Jesus.  He will be very great and will be called the Son of the Most High. The Lord God will give him the throne of his ancestor David.  And he will reign over Israel forever; his Kingdom will never end!” Mary asked the angel, “But how can this happen? I am a virgin.” The angel replied, “The Holy Spirit will come upon you, and the power of the Most High will overshadow you. So the baby to be born will be holy, and he will be called the Son of God. What’s more, your relative Elizabeth has become pregnant in her old age! People used to say she was barren, but she has conceived a son and is now in her sixth month. For nothing is impossible with God.”Mary responded, “I am the Lord’s servant. May everything you have said about me come true.” And then the angel left her.

I expect Mary needed a sit down and a cup of tea after that. What a huge thing to happen to her. In a moment her life had changed forever, and as she began to consider the implications of what the Angel had said, her faith must have been tested again and again.

The bible doesn’t record the conversation between Mary and Joseph, but it doesn’t take a rocket scientist to know that it was one painful and difficult conversation.  Notice, Joseph isn’t told by God until Mary has told him, that the child is of the Holy Spirit.

We may not be visited by angels and given a task of utmost importance, but most of us have had something, some news, which has changed out lives forever. Good or bad, we are never the same again. We have to pick ourselves up and begin our lives all over again, from a different place than before. It can be a great challenge.

Just as Mary declared she was the Lord’s servant, so can we. Regardless of how easy or hard the journey is, if we hand ourselves over to God, we can walk in the company of the Saviour.

A craft for today:

Get in a festive mood with Christmas tree pancakes, amongst other cheesy ideas:

Wrapping and remembering who its all about… 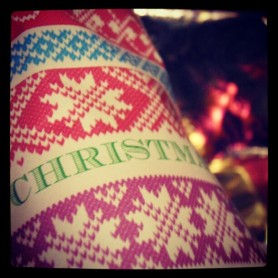